Let’s start with Facebook and free. From one perspective, this is true – anyone can start a brand page at no cost. However, building a successful page requires investment in media, social graph activation, and integration with large-scale marketing campaigns to offer custom experiences for fans and prospects. The world is learning more this week about the amount being spent on the Facebook advertising ecosystem – over $3 billion annually. That’s far from free – in fact, P&G’s remarks justify these investments.

What about brands that aren’t pouring money into the ecosystem? At minimum, companies need individuals to manage and moderate conversations. Although communities operating at scale may have members who engage each other with little company involvement, they aren’t free. Consider Wikipedia, a community that serves hundreds of millions of visitors every month – it takes technology and people to keep the site going – supported by donations. A company like Red Bull doesn’t get to over 26 million fans without engaging – which requires FTE/personnel expense.

P&G certainly didn’t pay for every one of the “1.8 billion in free impressions generated by the Old Spice campaign”…at least not directly. This is absolutely a success story and Dion Hinchcliffe and I talk about it in our forthcoming book, Social Business by Design. It’s important to keep in mind that this is an example of successful “big seed” marketing – plenty of money was poured into the initial mass media campaign and even more was spent to keep The Man Your Man Could Smell Like relevant with real-time videos. Free? No way – W+K grew 22% in 2011.

Not too long ago, I had a client who had a problem. He was the head of digital and emerging media for a consumer products brand. Recently, the CEO’s college-age children had come home for Thanksgiving break and showed the CEO this new thing called YouTube, where companies like Coca-Cola were having great success with reposting their TV commercials. As a result, the CEO decided to slash the digital and social media budgets; my client was laid off soon thereafter. Today, they are lagging far behind their industry competition and I have never seen anyone mention their brands or campaigns in social media. 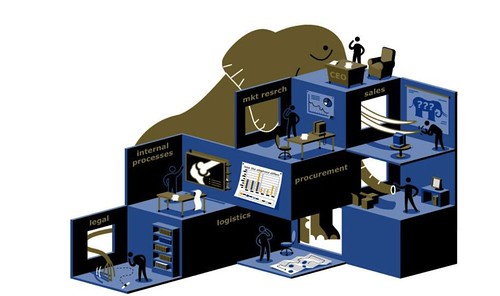 Social media marketing success comes at a cost. Executives must take a social business perspective instead, considering external and internal factors as well as designing for intended and emergent outcomes. Without a holistic perspective, businesses end up operating like blind men around an elephant and a lineup of digital tombstones in online brand graveyards.

Disclosure: my company Dachis Group operates one of the world’s largest Facebook Preferred Developer Consultant groups. P&G is a client and our recent work includes the People’s Choice Awards and Thank You, Mom. Red Bull is also a client and we launched their Facebook presence.